Research into the effects of different cannabinoid contents within different strains of cannabis have highlighted that strains with higher cannabidiol (CBD) appears to counteract the effects of tetrahydrocannabinol (THC). This isn’t just related to the psychoactive nature of THC, but also with it’s links to cannabis addiction and potential psychosis in some cannabis smokers.

Cannabis damage – what do we know?

Researchers at University College London’s (UCL) Psychopharmacology departments have led a study into the effects of long-term cannabis use by studying data collected over the past 20 years concerning the rate of addiction and rate of developing psychosis within heavy cannabis users.

The researchers found that users of strains of cannabis with high levels of THC and low levels of CBD were more likely to become addicted and/or develop psychosis.

They also noted that over this 20-year period, more people are smoking these stronger strains of cannabis and consequently the rates of daily cannabis use have also increased in-line with this as well as the number of users that have developed cannabis-induced psychosis.

The evidence also points towards strains with higher CBD content having a lower likelihood for causing addiction and psychosis, leading the conclusion from lead researcher Matt wall who said, “We have now found that CBD appears to buffer the user against some of the acute effects of THC on the brain.”

How did they conduct the study?

Researchers used ‘function magnetic resonance imaging’ or fMRI that takes images of the activity of the brain. It is the same as a standard MRI scan, but instead of just taking images of organs and tissues, an fMRI will also monitor blood flow in different parts of the brain over time, collecting data that highlights which parts of the brain are stimulated.

Using an fMRI scan you can better understand the parts of the brain that are critical for specific functions for that patient, such as speaking, walking, planning or for memories.

The study measured the brain activity of 17 subjects in a resting state following the consumption of 2 different kinds of cannabis. Both strains were high in THC, but one of them was low in CBD and the other was high in CBD. The researchers commented that both strains were commonly used as part of recreational cannabis use.

The research into CBD benefits concluded that the low-CBD strain caused a lowering of the functional connectivity within the brain compared to the high-CBD strains, in which there was minimal disruption if any at all.

This heavily suggests that CBD within these strains was counteracting the effects of THC.

They also discovered that the activity within the salience networks, which determine our emotional reactions as well as our response to certain sensory triggers, was disturbed more on the low-CBD strain. Salience network disruptions have been heavily linked with causing addiction and psychosis. 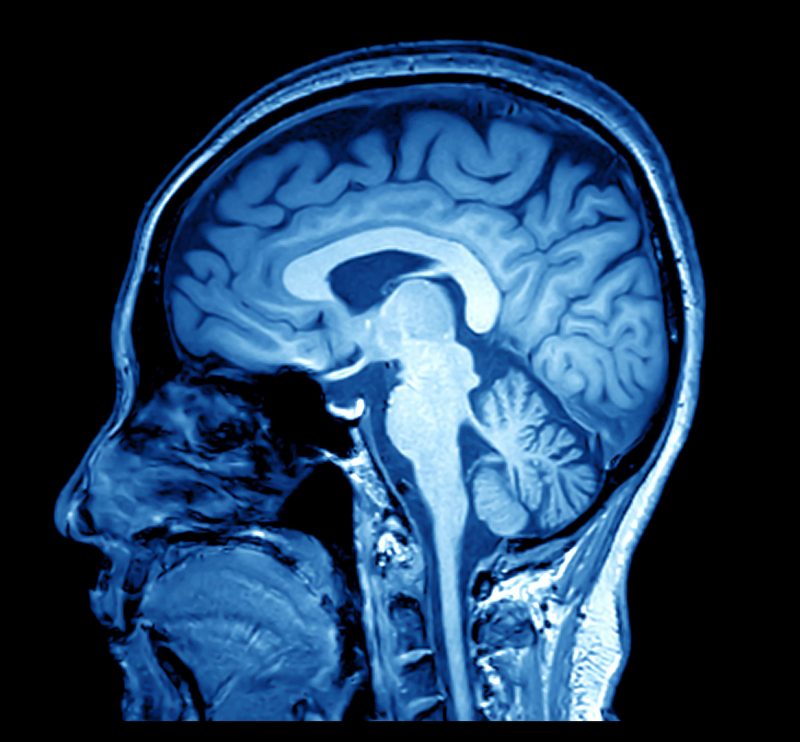 What does this study conclude?

The results of this study form the basis for future studies into whether CBD does, in fact, lower the effects of THC within cannabis. The basis of this story was from anecdotal evidence from cannabis users who reported that they felt less ‘stoned’ with higher CBD content within their cannabis for strains of similar THC.

This adds to the ever-growing evidence of findings that conclude that cannabis with high-CBD is much less harmful than that with low-CBD. This has pushed researchers to suggest that strains of cannabis should not only because declared safe and legal due to their THC content but potentially also based upon their CBD content also.

Advising that if the CBD content is above a certain amount within a strain, then the THC limit could be more flexible within that strain. Clearly, being able to quantify the guidelines on this legally would be difficult, but still possible.

However, this study was only conducted with 17 subjects. This is likely because fMRI technology is expensive, and the results are time-consuming to analyse. Even so, the results of this particular study are clear and precise.

Concussion in sport: an unsolvable problem?