Instead, regulations around how CBD can be sold are more confusing than ever. As a result, businesses selling CBD are seeing their stock raided while innocent consumers are being arrested on felony drug possession charges for buying CBD products from local health stores.

In response to this, earlier this year the Food and Drug Authority (FDA) announced they would be holding the first-ever public hearing on the regulation of cannabidiol on Friday, May 31st.

Back in April, the FDA announced that they would be accepting comments from members of the public in advance of tomorrow’s hearing to determine how they should proceed in regulating the highly popular compound.

An online forum was set up for members of the public to submit comments about the regulation of CBD, while the FDA stated that they were most interested in acquiring scientific research about any potential benefits of cannabidiol, including –

“What levels of cannabis and cannabis-derived compounds cause safety concerns?”

“How does the mode of delivery (e.g., ingestion, absorption, inhalation) affect the safety and exposure to cannabis and cannabis-derived compounds?”

“How do cannabis and cannabis-derived compounds interact with other substances (e.g., drug ingredients)?”

Despite the FDA’s calls for scientific research, hundreds of people took the opportunity to share their personal experiences with CBD and how it has helped their lives in ways that opioids and traditional pharmaceuticals could not. In fact, there are now close to 1,000 comments in the FDA’s CBD forum ahead of tomorrow’s hearing.

One anonymous comment came from a disabled veteran suffering from anxiety, who highlighted how traditional anxiety medication can harm patients.

“As a disabled veteran with anxiety, I have tried just about every medicine out there for anxiety. Many of them work well but are dependency-creating, and often too strong and make me sleepy. CBD has been a godsend, especially for the anxiety and for the chronic pain as well. I have been able to stop taking the pharmaceuticals and use the CBD in replacement. I have a very technical job and could not take prescriptions for anxiety during working hours, but because the CBD does nothing to impair my mental capability, and doesn’t make me sleepy, it has really made a huge impact to my ability to think clearly and do my job.”

Another comment from a physician reported that while they are anxious over the lack of definitive clinical trials in relation to potency and dosage of CBD, they have seen several patients with chronic pain who have seen improvements in their symptoms after taking cannabidiol.

Comments were also submitted by organizations such as the Dravet Syndrome Foundation, who highlighted the urgent need for more clear united kingdom regulation around cannabidiol. CBD is a popular choice for treating Dravet syndrome, which is a rare and aggressive form of childhood epilepsy. In 2018, the FDA approved Epidiolex, the first ever CBD-based medication for sale in the U.S. which is used to treat Dravet syndrome.

A submission from the American Medical Association included a 2017 report which found “conclusive or substantial evidence that cannabis or cannabinoids have some therapeutic benefits”.

A common thread running through a considerable number of comments detail how CBD has helped people cut down on their opioid use. This idea is supported by a recent study, which showed that CBD has great potential to fight opioid addiction with cbd.

Given the wealth of information submitted by members of the public on the forum, tomorrow’s hearing is likely to highlight the urgent need for the FDA to act swiftly to regulate. CBD. The hearing will take place from 8 am to 6 pm at the FDA White Oak Campus in Silver Spring, Maryland, and a webcast will also be available for online viewers to watch the hearing. Details on how to view the webcast can be found here.

RELATED: Audacious crowdfunding move by TCOC running out of time 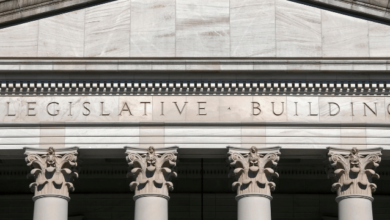 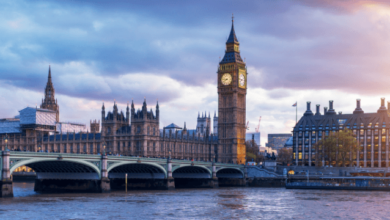