The Swedish CBD sector is reeling after a Supreme Court decision to class CBD oil containing THC as a narcotic. The ruling by the Swedish Supreme Court is consistent with the hardline the authorities have been taking, but this latest ruling reinforces the law in a way that seems to close any loopholes previously existing.

CBD oils in Sweden were already subject to approval as medicines. This meant sales to consumers were already supposed to be highly restricted – though many retailers appear to have continued openly selling them.

That stance is common to a number of countries but the Swedish state has been particularly busy in enforcement with many cases in front of the courts.

The case which has now led to an effective tightening of the law centred on a man who was charged with a minor drug offence after he bought CBD oil produced from industrial hemp, which is exempt from Swedish anti-drugs legislation.

According to the Supreme Court, the exemption only applies to plants, not to products produced from the plants. Rulings from lower courts on the same case have also classified CBD oil as a narcotic if it had any trace of THC but cleared the man of wrongdoing. Judges argued that the rules regulating industrial hemp and its exemption meant criminal liability was unclear.

But the Supreme Court took a different view, deciding the law was clear enough and the defendant should be judged for a crime. An appeal court is now expected to assess the case in the light of the Supreme Court ruling to determine the fate of the accused.

“I don’t share the Supreme Court’s reasoning, but we respect the ruling,”

It appears the ruling means that CBD oil with any trace of THC is defined as a cannabis preparation and therefore a controlled substance, regardless of whether that THC is derived from legal industrial hemp.

In the last two years, eight companies selling CBD oil as a dietary supplement have been banned by the Swedish Medical Products Agency from distributing the products.

What should worry stakeholders and consumers alike in Sweden now is that because it is so difficult to remove all traces of THC from CBD products, it appears to be effectively a comprehensive ban on CBD altogether, hampering any investment from the top CBD companies. We will keep you posted on how the situation in Sweden changes in the coming months and years. 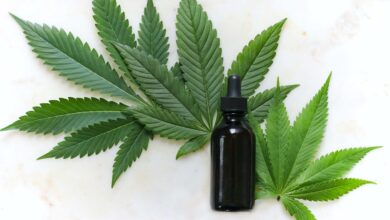