In February 2019, the first bulk shipment of cannabis-based medicines was imported to the UK, an act seen as a landmark for the UK medical cannabis industry.

The company responsible for what was the first major milestone for the sector since the British government acknowledged the medical benefits of cannabis late last year is Grow Biotech.

Since then, Grow Biotech and partner IPS Pharma’s joint venture, Logist Pharma, has carried out a further 7 bulk imports (Bedrocan, MGC Pharma and one undisclosed manufacturer), with another two currently in progress.

Apart from facilitating the import of medical cannabis worldwide alongside IPS, the company also has equally important activities – helping doctors understand and prescribe medical cannabis, and its research and development function.

In short, it is a significant actor in the cannabis space. The Extract caught up with the company’s Chief Operating Officer, Hari Guliani. 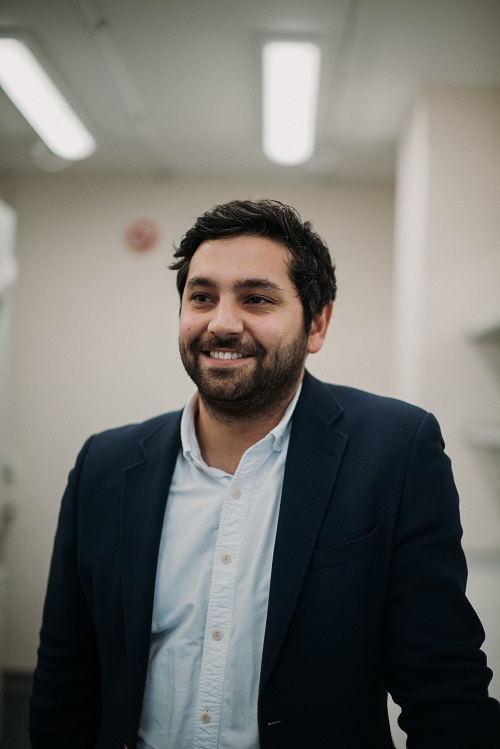 The Extract (TE): It’s been a big year for your company. Can you give us an overview of what Grow Biotech does?

Hari Guliani (HG): “Grow Biotech exists to unlock the medical potential of cannabis and we have a split focus on that. Our research and development team works towards developing new technologies for medical cannabis producers so that they can create better and more cost-effective medicines. Our market access team enable producers of cannabis medicines to access the patients who need their medicines”

TE: How does that first aspect work?

HG: “I am sure you know the cannabis plant is highly complex. Because of the complexity of research that has come out, we want producers to present the cannabinoids to the healthcare industry in a way that is more in line with what they expect. They are used to single active pharmaceutical ingredients as opposed to 140 odd that you get in cannabis. Cannabinoids (in their raw form) are very difficult for clinical trials and for doctors to understand.

“Cannabinoids (in their raw form) are very difficult for clinical trials and for doctors to understand.”

Our R&D takes place in laboratories in the UK and North America and focuses on creating innovative new technologies for use in producing finished medical cannabis products. We have two principal areas that we are focused on at this point; a) the extraction and purification of cannabinoids, and a) creating tools that are optimised for use in processing cannabis. Both are areas where we have identified significant inefficiencies and issues in existing technologies commonly used in the medical cannabis industry.”

TE: How about your other focus?

HG: “The other piece of business which we spend a lot of time on is market access.
We work with cannabis and pharmaceutical producers to launch their business into new markets so that they can create long term value but also achieve good patient outcomes.

Effectively the vast majority of prescriptions prescribed in the UK have come from us and we have been managing the import and supply of that medicine.

We did our first bulk import on the 14th of February with patients receiving their medicine on the 15th and since then we have done another seven bulk imports with more in progress.

Bulk import works as it's challenging for a patient if they have to wait for an import every time they get a prescription for their medicine. That’s not what any patient should experience.

So we hold the strategic stock in the UK and are able to supply on a next-day basis. Our strategy is to help healthcare professionals understand medical cannabis and the specific product much better. It may be hard for them to understand what is a new brand of medicine with new products they haven't previously been trained in.”

TE: You supply products in a way suited to what Pharmaceutical firms and General Practitioners are used to. The educational side is equally important?

HG: “We work with a finished product – it would be very difficult for a doctor to go out and actively learn about cannabis and how it works for their patients. A lot of doctors are already aware that their patients use cannabis illegally to manage conditions. Doctors have an appetite to learn – it’s just a case of us helping to advise them within the existing regulatory system.”

TE: How long have you been in existence and what were the initial motives behind the business?

HG: “The company founded in 2017, initially focusing on R&D. We noticed the cannabis industry had very much taken off almost exclusively in North America. Research and investment followed after we observed that in North America the industry is so large that people continued to carry on with old practices from the illegal trade. They weren’t really improving the way things were done- it seemed a relatively underdeveloped opportunity. In the UK last Summer there was the Billy Caldwell case and off the back of that the conditions changed here.

“In the UK last Summer there was the Billy Caldwell case and off the back of that the conditions changed here.”

We fulfil a need. We saw a lot of people talking about regulations and quite rightly expressing frustration and we decided that we were going to try and decide to manage change within that. It is new, the regulations are new and the opportunity is new – it's been a very fast phase.”

Also Read:  This CBD skincare brand is changing the field of holistic beauty

TE: Does much, if any, of your current supply reach the NHS?

HG: “No, it’s a private market at the moment. We have spoken to NICE ( National Institute for Healthcare and Excellence), the body reviewing medical cannabis as a concept. They provide advice to the NHS – so they came to us to find out about the costs involved. We gave them everything we had in terms of those details and knowledge and they then make recommendations.

“The main thing stopping NHS investment is the understanding of the health benefits and the overall cost to the taxpayer.”

The main thing stopping NHS investment is the understanding of the health benefits and the overall cost to the taxpayer. The other part to that is efficacy – does this actually work?

Unlike traditional pharmaceuticals, there isn’t a path there. It’s challenging. There are some exceptional circumstances where some patients have had some support.

It's certainly not that the NHS is against it but it's getting to the stage where they have a general policy to support it. We obviously are keen to work with them on that.

In terms of active engagement with the NHS, when they ask us for information we supply them with everything we can, we sympathise with their situation and try to help.

Once the medical community overall has a better understanding of what medical cannabis really is we feel that decision will be a lot easier for their interests.”

TE: In terms of market access, does quality R&D help to move everything forward more? What else are you emphasising?

HG: “We really believe that this should be like any other medicine and therefore it should be an option on the NHS.

The data out there varies but even the Home Office has estimated that 250,000 patients have been using cannabis for medicinal purposes illegally and there are some patient groups estimating that figure is closer to around a million people.

This is not a niche area and there are a lot of people out there who swear by it, so from our perspective, it's very important that this moves into the NHS and patients get the usual support that they would expect any other medication the NHS engages with.

” We understand the difficulty because of the complexity of cannabis and lack of clinical trials.”

We understand the difficulty because of the complexity of cannabis and lack of clinical trials. There is evidence around the world and some trials which prove efficacy and part of what we do is if a doctor wants to know more, they reach out and we provide them with the data we've collected, to enable them to make an informed decision.”

Also Read:  Can CBD cause headaches? How can you avoid it?

TE: Given how much it has accelerated in the past year under a Conservative government, not renowned as natural supporters of cannabis-related products, would you a change of government party might move it forward quicker?

HG: “Actually I think the regulations in place are sensible – I understand the frustration of patients campaigning for a long time and unable to get medication. It’s now a case of the industry working with groups like us helping the medical profession to understand what they are talking about as opposed to any issue with the government and regulators.

What they have put in place is workable for now- obviously getting NHS support for patients is vital because of the high cost of medication but I don't believe it is a political issue.

There is political support because ultimately there is enough evidence now around the world to show cannabis can be very effective in certain situations.”

TE: How close is the UK to a tipping point in terms of greater public access? Will the experience of private patients in the country tip the balance any time soon in favour of overall NHS acceptance?

HG: “We know the NHS and NICE are actively looking into this and since the regulations have changed this is now a mainstream conversation so yes, I do think we are closer than ever but there remains a lot of work to be done.”

TE: Do you have plans to take your expertise to other markets?

HG: “Yes, we have plans to expand into mainland Europe in the future. More information will follow, but our focus right now is in improving access to medical cannabis in the UK.”

Founders of fourfive CBD talk rugby, cross-contamination and the future