Considering using CBD oil for migraines? The Extract looks at the best CBD oils on the UK market which could help ease the symptoms of migraines.

Migraines are much worse than your typical headache and can result in moderate to severe pain for up to 3 days. Sufferers of migraines will be the first to tell you that completing even the smallest and most tedious of tasks is nigh on impossible when suffering from one. Sensory overload can be caused by the most minor noise or slightest sound.

There is no cure for migraines, but there are steps that can be taken to treat the symptoms and even prevent them altogether. It’s initially recommended that migraine sufferers try to locate the cause or multiple triggers of a migraine and then avoid them. This could be something such as getting too little sleep, listening to loud music, bright lights or too much stress.

Doctors will often point migraine sufferers towards pharmaceutical medications, which can often be taken to temporarily reduce the symptoms of a migraine. However, due to the side-effects, this can be a cause for concern, particularly if the migraine lasts over 24 hours.

This has led migraine sufferers to opt a more natural solution in the cannabis-based medication, CBD oil. We will give a breakdown of what CBD oil is and how CBD oil can be used for migraines, citing some of the most current research. We will also name some popular brands of CBD oil used in the UK to treat migraine headaches.

What is CBD oil?

CBD oil is an extract from the cannabis plant used for medicinal and health and wellbeing purposes. It is non-intoxicating, non-addictive and completely safe for consumption by humans according to a survey conducted by the World Health Organisation (WHO).

It’s important to note that CBD oil is not marijuana and will not cause users to feel ‘high’ or ‘stoned’ in any way. CBD oil is currently regarded as having no recreational use as well as no realistic overdose limit and therefore has no potential for abuse.

CBD oil is made from a compound called cannabidiol that is only found in cannabis. Most of the cannabidiol used in CBD oil is extracted from hemp, which is a form of cannabis that has less than 0.2% THC by weight and is, therefore, non-intoxicating and legal to consume.

Migraines are moderate to severe headaches that can last up to 3 days, quite often rendering the sufferer incapable of movement, leaving them bedbound.

The exact cause of migraines is currently unknown, but it is believed that it’s down to a change in brain activity that affects the blood vessels caused by external stimuli, commonly known as a trigger.

The triggers can be emotional, physical, dietary, environmental, hormonal and medicinal, so migraine sufferers are often advised to keep a diary and look for a common denominator when migraines occur to narrow the trigger down.

Can CBD oil help with migraines?

The studies on using CBD for migraines are limited but positive. They show that CBD is effective in reducing the number of migraines as well as the pain and severity of migraines in people who have suffered from migraines since childhood.

The main study conducted into the effectiveness of CBD against migraines administered CBD along with the main psychoactive constituent in cannabis, tetrahydrocannabinol (THC). It concluded that a single dose of 200 mg THC/CBD combo reduced the pain of a migraine by 55%.

Another study showed that a daily dose of THC-CBD combo of 200 mg over 3 months reduced migraine attacks by 40% and reduced the intensity of pain by 43%.

Side effects of CBD oil

CBD has been declared completely safe by the World Health Organisation for ingestion and use as a topical cream. There have been thousands of studies conducted into the effects of CBD which have all formed the basis of this decision. However, this does not mean that there aren’t any potential side effects of CBD oil.

A very small number of clinical studies have reported minor side-effects from the consumption of CBD. These studies often administered doses much higher than the average recommended dose for migraines, at between 600 mg – 3,000 mg.

The side effects observed were:

Most of the side effects were observed immediately after a drastic increase of dosage and generally subsided after continued use at the higher dosage. In most cases, the side-effects reported were not strong enough to cease the trial and were described as minor.

Should you use cannabis instead of CBD oil for migraines?

Cannabis, medical or otherwise, is not as easy to come by as CBD oil. For that reason, it’s not as well regarded nor as widely used. However, it does have some benefits. And it is possible to get access to medical cannabis for migraines through an NHS prescription.

Since 2018, it has been legal under NHS guidelines to be prescribed medical cannabis. However, doctors and other health officials are reluctant to prescribe cannabis.

Why is cannabis not prescribed for migraines regularly?

Cannabis is a complex plant made up of many different cannabinoids, terpenes and other compounds. There is still a large amount of study that needs to take place in order to understand exactly how cannabis interacts with the human body. Particularly in relation to the endocannabinoid system.

A quick note on the endocannabinoid system

The endocannabinoid system is a system of cannabinoid receptors located throughout the human body, central nervous system, and brain. It’s only been discovered in the last few decades and, like cannabis, still needs to be studied to be understood fully. How the cannabinoids that are created within the body interact with ingested cannabis is still unclear and scientifically unproven. Anecdotally, however, there is widespread belief in the anti-inflammatory, anti-anxiety and pain-relieving effects of cannabis and CBD.

There are a growing number of studies regarding cannabis and its effects on the human body. One groundbreaking study was published in the Journal of Pain in November 2019.

This study conducted by the Washington State University (WSU) assessed the short and long term effects of cannabis on headaches and migraines. It demonstrated that cannabis may become a viable alternative to traditional pain medications, in relieving the symptoms of migraines.

What the researchers found was that “cannabis concentrates were related to larger reductions in headache than flower.” They also found that 50% of those who inhaled the cannabis found their headaches/migraines reduced or were significantly reduced.

While not thoroughly conclusive, it’s an extremely positive sign.

The author and lead researcher of the study was Carrie Cuttler, an assistant professor of psychology at Washington State University. Speaking to Science Daily, Cuttler said, “I suspect there are some slight overestimates of effectiveness. My hope is that this research will motivate researchers to take on the difficult work of conducting placebo-controlled trials.

In the meantime, this at least gives medical cannabis patients and their doctors a little more information about what they might expect from using cannabis to manage these conditions.”

Professor Cuttler also emphasised that there was a danger that patients could, over time, grow tolerant of cannabis. This would in effect lead to heavier and heavier use of cannabis and arguably even a growing dependence on the drug.

The researchers admit that the study had limitations but overall it was not without merit. These limitations will need to be overcome in future studies. For example, larger groups of individuals to study, use of control groups using placebos and so on.

For now, using cannabis for headaches and migraines may still be disregarded by the mainstream medical community but for Cuttler and her fellow researchers, it's potentially the wave of the future.

Available in a variety of strengths and in natural or orange flavours. This CBD produced in Yorkshire in the UK is designed specifically to target pain. 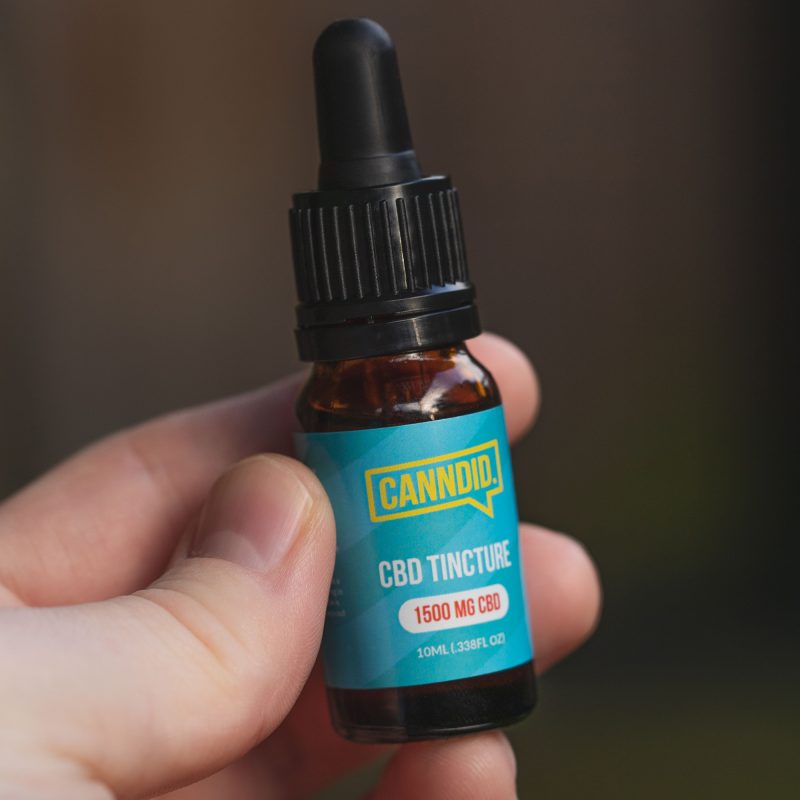 Packed full of cannabinoids and terpenes and available in strengths up to 2,500 mg, Peng CBD oil is a high-quality, full-spectrum oil mixed with an MCT oil base.

With by far the strongest CBD oil available in this this, CBD Eaze is made using 100% organic EU approved hemp and is rigorously 3rd-party tested for the highest quality oil.

Masterfully crafted CBD and CBG oil from the labs at Canavape. This well renowned CBD tincture combines the effects of terpenes, cannabinoids and flavonoids to bring you a synergistic CBD oil.

Black Forest Torte or Fruity Raspberry? The 5% CBD oil on offer from Arima provides a flavoursome break away from your conventional CBD oils. Made with 100% natural ingredients and brilliant in smoothies.

Boasting the biggest range of oils on this list from low strength flavoured tincture oils to high-strength natural hemp flavoured. They really do have something for everyone and all products are 100% organic. 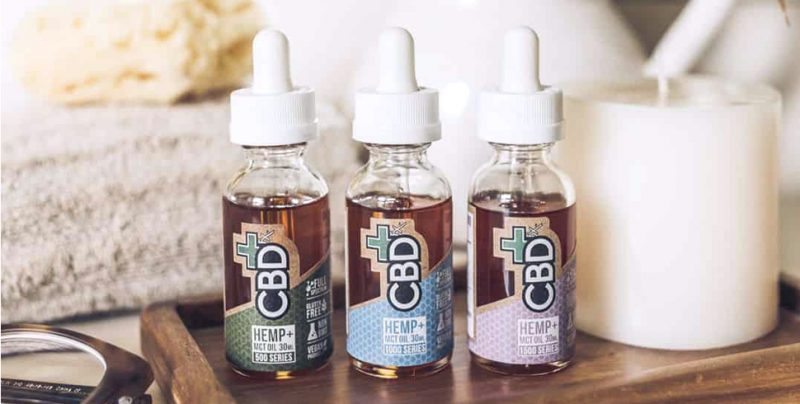 Terpene rich and providing the full spectrum of cannabinoids, this oil is great for those seeking a natural oil that has a strong, earthy and spicy flavour.

Rigorously lab-tested to ensure manufacture is to the highest standards, Cubid’s CBD Oil Drops are available in a variety of strengths and in either natural or peppermint flavours.

Last but not least, the Purified Range from Equilibrium is a fantastic range of full-spectrum CBD oils manufactured from 100% organically grown hemp. Available in either a spray or a dropper.

Check out our full guide on Purchasing CBD Oil in the UK for more information.

Get cooked with cannabis