My millennial Cannabis journey started 5 years ago when a nephew started a PHD looking at CBD for epileptics. Few were interested and most laughed but how the situation has changed. The GCI cannabis event in London was in the salubrious Haberdashers Hall – it’s not every venue that has a Henry Moore sculpture in the courtyard.

The venue often sets an expectation of what a conference will be; this, at first, felt like the city investors were coming with their big money. Here to impose their IP on all developments that the underground cannabis community have created and the what is CBD revolution has spearheaded.
But what actually happened was a really invigorating exchange of ideas from all facets of the fast-moving world of cannabis development.

The opening session featured a range of politicians who were actively encouraging the development of new governmental thinking, not only on cannabis but drug reform in general.

Molly Meacher, the parliament representative with the longest record on advocacy, was joined by members from almost all parties talking abo ut the real advantages the country could gain from widespread access to medical cannabis.

The politicians set the tone for the rest of what turned out to be a really positive event, with a range of thought leaders coming to a consensus that change in cannabis policy is coming and all facets of the change campaign need a voice.

The world is opening up to the new opportunities cannabis presents and the rush is on for the majority to finally understand what the minority been saying for a very long time: For those, it works for, cannabis can lift debilitating medical conditions to a point where life is tolerable again. For those with less severe conditions, life becomes enjoyable again. The thoughts began to crystallise into potential policy; a world in which medicinal cannabis could offer an alternative to anti-depressants.

The meetings rooms were abuzz with panels and thoughtful conversations over 2 days. Representatives of each strand of the industry milled around in the networking areas, connections were made, contact details exchanged, discussions would carry on with expanded horizons.

The 20th century uncovered the Endocannabinoid system –the body’s ‘engine management system'. It seems as though now, in the 21st century, we are rediscovering that the cannabis plant can provide a number of really effective ways of tuning this management system so the body’s systems can find balance: homeostasis.

What became clear is that all partners in this most disruptive of enterprises need to respect each other and have free and frank exchanges on the vast range of topics that make up the mosaic of the fledgling cannabis industry.

The conference in this most salubrious of venues was coming to a close with all participants very pleased with themselves. So much potential and opportunity discussed. So many handshakes to seal deals.

Just one last session in the well thought of program the activist panel, reality bites.
The activists recounted their individual journeys and spoke of their fight; How back in the day, while they were waving placards in cold, wet London outside of Parliament the road looked a very long one. The medicine that worked for them, where pharmaceuticals had failed, is still not in their grasp, legally speaking. So few prescriptions have been issued and even fewer can afford to fill them. We start to ask ourselves, how much has actually changed?

The answer stopped you in your tracks! Not a lot – the wheel of fortune has winners and losers. Carley Barton recounted how she had won and feels relatively safe from prosecution. The losers; an epileptic mother with 3 young children who at 5 am in the morning had her flat door kicked in and raided by the police; kids screaming and flat trashed, for the police to uncover the grand total of 3 plants. She is not alone.

Seizing the medicine this mother relied on, the Police enacted the law! 3 days later the traumatised children found their mother convulsing on the floor of the very same flat.

It’s time the UK introduced a similar policy to the Dutch – ‘gedogen' is a policy of toleration that can be implemented immediately with all the harm reduction that entails. It allows the police to enforce the law while allowing an epileptic mother of 3 to safely consume cannabis for our pets and ourselves without worrying about her door being kicked in by those who are here to protect us.

It's time we all stood together. 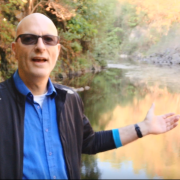