CBD oil for ADHD Attention Deficit Hyperactivity Disorder has proven effective for many. Either ADHD or ADD effects at least 5% of the UK population with this figure increasing substantially when you consider those indirectly affected such as families, classmates, colleagues etc.

There is no cure for ADHD and CBD is on early stage of research and in all respects, it is not a disease to be treated.
People with ADHD have a brain that works differently to “neurotypical” brains, yet to live a happy and inclusive life, the symptoms must be managed.

Current treatment options available are often limited to pharmaceutical drugs such as stimulants that can have dreadful side effects, but new encouraging research offers hope to those living with this neurodevelopmental disorder.

Is CBD a safer alternative to drugs?

Cannabidiol (CBD), the non-psychoactive compound from the cannabis plant has garnered a lot of interest from academics and the scientific community of late as a potentially safer alternative to prescription drugs. But before we can look at the potential benefits of CBD, we must first understand the symptoms of ADHD and how it affects people in their day to day life.

An often misplaced assumption is that ADHD only affects children, but in fact, it affects both children and adults. The most common symptoms are an inability to sit still, to concentrate, to communicate, impulsivity and a tendency to be hyper.

In children, this leads to difficulties in school, not being able to sit still or focus on subjects and more often distracting their classmates. At home, even a simple task of going to their room to get dressed can take forever.

In adulthood, difficulties arise both at home and at work where staying focused, impulsivity, and time management become a challenge.  Canadian research has even shown that adults with ADHD have a lower life expectancy as a result of the stress in coping with ADHD.

ADHD and Autism are closely related and for a long time, ADHD was considered on the spectrum of autism. Now ADHD is more seen as a condition on its own, or as a common symptom of those with autism. Following a wave of anecdotal reports, research into using CBD Flower and autism has increased significantly and optimism too.

Earlier this year, researchers in Israel published an encouraging report highlighting the effects of CBD on a group of children with some form of autism. 53 children with an average age of 11, received oral CBD over an average period of 2 months and the results were truly shocking:

Australian study into CBD as therapy

Researchers at the Murdoch Children's Research Institute were bombarded by parents of autistic children to investigate the therapeutic effects of CBD.

These parents had either seen first hand or heard from other parents that CBD was helping and inspired by this, associate professor Daryl Effron began an initial study treating 10 autistic kids with CBD in January of this year.

Encouraged by the efficacy of the initial study, Professor Efron is now seeking a state grant to further his research into CBD by initiating a much larger, clinical, double-blind, placebo-controlled study to truly determine the effects of CBD.

Dopamine critical to mood and behaviour

A neurotypical brain will produce the necessary amount of neurotransmitters such as dopamine and norepinephrine in order to send signals to nerve cells which are critical to mood and behaviour. Those with ADHD and ADD have a deficiency in these neurotransmitters which is why stimulant medication is given to boost the numbers.

This is one of the reasons why people with ADHD often self medicate by introducing addictive, dopamine-releasing behaviours into their lives such as smoking, sex, and high octane sports in an effort to self medicate. CBD has been shown to interact with our endocannabinoid system and some scientists now believe that CBD is instrumental in regulating the release of these neurotransmitters.

Children with ADHD are always expecting to be reprimanded for their behaviour often leading to extreme anxiety. CBD has proven anti-anxiety effects that assist children to be more calm and relaxed.

Parenting a child, any child, is a difficult task, to begin with. When you have a child with ADHD you are parenting a child who has greater demands, needs more involvement, and requires greater patience and understanding by the parent. Parents and partners sometimes struggle to stay calm with ADHD behaviour. CBD may be a two-way street to help both those with the condition and those living with this condition.

There are no universally recognised dosage recommendations for CBD and as such, each individual must judge their dosage with expert advice accordingly.

The World Health Organisation deemed CBD to “be well tolerated with a good safety profile” and the majority of research literature shows large doses of up to 900mg being tolerated.

In studies, CBD showed an inverted bell dose-response curve meaning everyone has a unique tolerance for CBD. As such it makes sense to err on the side of caution by starting small and slow.

There are several methods of administering CBD but to ensure high bioavailability, the under the tongue method(sublingually) using a tincture bottle would be best suited for kids.

Some kids, of course, will not like the taste of CBD oil but there are flavoured bottles out there. If they still don't like it you can try CBD gummy bears, but bioavailability is low in foods.

Kids and adults who have Attention Deficit Hyperactivity Disorder (ADHD) or ADD often struggle to read an article such as this from start to finish if they are not wholly interested in the subject.

On the other hand, those with ADHD who find a topic that does interest them become hyper-focused and will excel much quicker than their peers.

ADHD needs to be managed but at the same time, it must be remembered that those with ADHD can be incredibly creative, fantastic at problem-solving, and often display risk-taking entrepreneurial qualities.

Several anecdotal reports from parents who use CBD also suggest removing white bread from the diet. White bread turns to glucose in the body and sugary foods are the last thing children with ADHD need.

Walks in the forest to are often mentioned in anecdotal reports as this natural environment has a calming effect. Not only that but children with ADHD tend to be distracted by the slightest sound, and the forest is inundated with new sounds and smells.

Only time will tell if CBD can improve the lives of those with ADHD and ADD but with ever-increasing research, positive anecdotal reports for head aches and increased optimism, it bodes well but only time will tell. 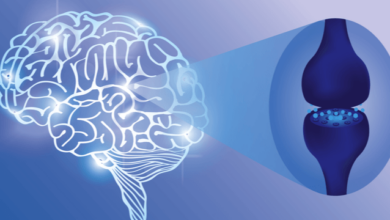 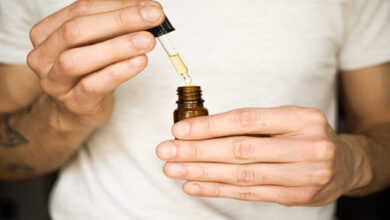